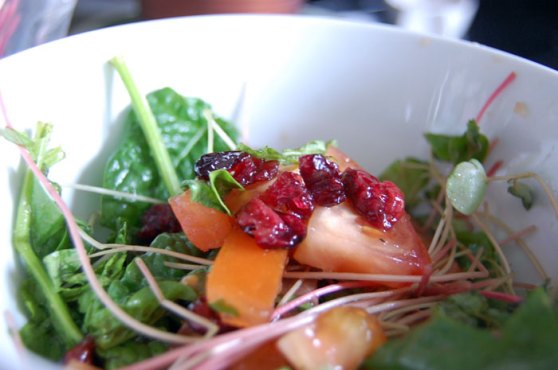 Ah, sprouted buckwheat, the Hercules of healthy green food – perhaps rivaled only by kale. The great part about sprouted buckwheat is that it is one of the most complete sources of protein you can find (containing all eight amino acids), which is particularly fantastic for our vegetarian and vegan friends, but also for meat-eaters too. It’s also gluten-free and jam packed with enzymes and important nutrients. So imagine how thrilled I was to found a beautiful fresh stash of sprouted buckwheat as part of our foodshare bag recently. 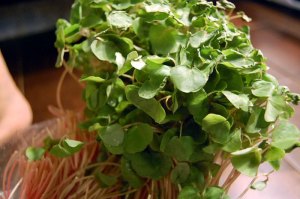 It felt like a waste to blend it down into a protein shake, which is what it’s often used in, so I decided to integrate it into a fresh spring salad. Sprouted buckwheat tastes a lot like a grain food, while not being a grain, so the flavour is rather neutral. This makes it a great complement for just about anything. I went with spinach – another green superfood. My recipe below makes enough for two people, so if you have a larger family, you may want to increase the portions. 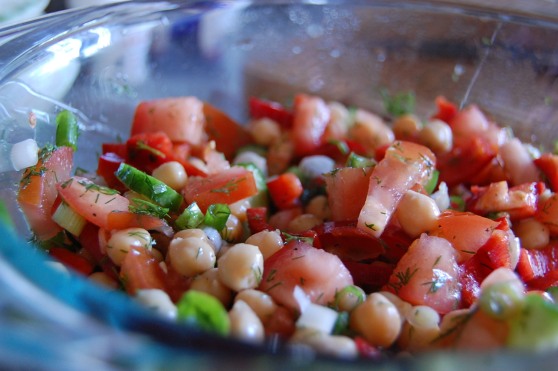 It’s a glorious, sunny spring day and I came home feeling inspired to have something as spring fresh as it was outside. I ended up settling on making a tomato dill chickpea salad.